Authored by Bukaty Companies on June 6, 2016

Most people wish they could avoid buying health insurance plans. Why not dodge the costs of insurance and save a little money for say…a new car?

Well, you might think you’re saving big bucks, but with the increased tax penalties in 2016, you might want to rethink this approach.

The individual mandate, announced in January, has increased the penalties for individuals by 7 times the amount in 2014. It has also changed the tax rate for wealthier families from 1% in 2014 to 2.5%. Ouch. Let’s just say that skipping out on insurance might not be in your best interest.

Find out how you can manage your open enrollment this upcoming season with Bukaty.

You can save money for that new car and avoid those painfully expensive penalties. 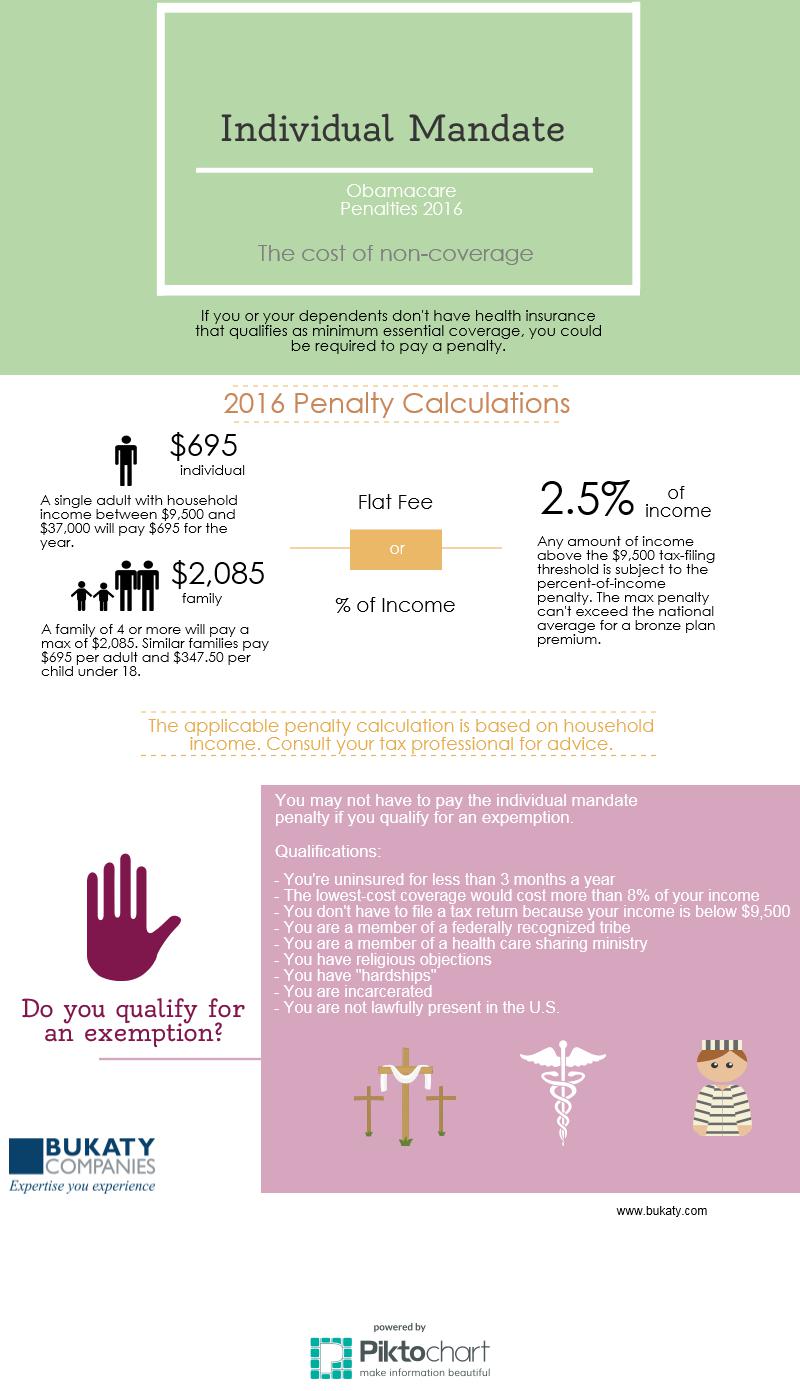